You see, lovers of real, hold-in-the-hand books, digitisation of text isn’t all evil. It saves lives.
I recommend you read the entire post by Maria Popova and browse the books. Yes, they’re Spanish but the experience is self explanatory.

What is the future of reading?

The connections to networks of people makes reading an enriching experience. This video has made me think about how we can make learning at school more engaging and meaningful through technologies which connect students to each other and popular interests and debate.

Amplify’d from vimeo.com
See this Amp at http://amplify.com/u/dr4k

I agree, don’t blame the internet for your diffused attention span

Just as we used to blame TV, we blame the internet for our diffused attention span. People, what happened to taking responsibility for your own web browsing?

Amplify’d from www.guardian.co.uk
See this Amp at http://amplify.com/u/dr0c

Technology brings back the village doctor

Vodpod videos no longer available.
Change +: Arna Ionescu, “Technology Isn’t the S…, posted with vodpod
Thanks for Gabriela Grosseck for the link to the video.

This little talk grabbed my attention.

Arna Ionescu talks about change in the delivery of health care, but she may as well be talking about change in education.
Yes, Google has an immense store of information, but how do you make the decisions as to the right course of action? Just as health care is built on a foundation that’s personal and caring, so is learning. We accept information from sources we trust, but more often from people we know and trust.
Arna mentions the nostalgia surrounding the family doctor of the past. I often think that today’s personal and professional learning networks are moving closer to the notion of the family doctor. We feel more confident asking people we know than following a Google link.
Arna also talks about using technology to channel the motivational people in our lives -technology as the enabler that allows personal and human touch to spread; technology as a conduit.

Here’s a great example of how visualisation enhances a very good talk by Sir Ken Robinson;

Some of the most disturbing parts:

What does this say to  me?

We can’t improve kids’ learning in schools by doing what we are already trying to do inside the current system. We can only improve their learning by changing the culture of schools, by changing the ways we do things – not within the current setup we have which is clearly not working because our teachers are really trying. What we need is a whole school system change which will discard the outdated factory model. I think this talk explains why we are trying so hard and yet failing on the whole.

What do you think?

Read about RSA here. How is it I hadn’t heard of RSA Animate before? It really does bring discourse to life.

Thanks to Sheryl A. McCoy for the link to this video. 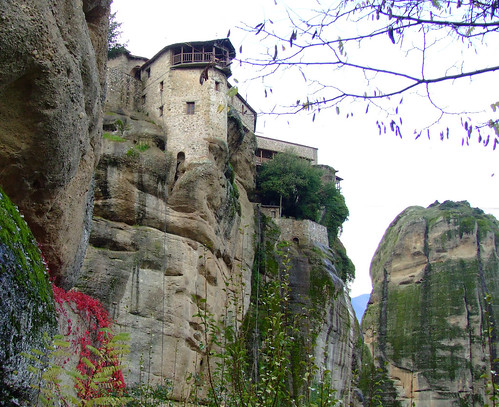 Here’s another example of how copyright law just isn’t logical. In the article, US Library of Congress: copyright is destroying historic audio, the author refers to a 181-page in-depth study, which concludes

that apart from technical difficulties, US copyright law makes it virtually impossible for anyone to perform any form of audio preservation.

Not good, not good at all. Isn’t it time copyright laws were reviewed and made relevant to today’s world?  No wonder, according to the same article, it’s not only “pirates” and “freeloaders” who “rail against copyright laws”.

So let’s get off our high horses and stop thinking that we’re just doing the right thing when we follow the letter of the law and frown upon those who don’t.

And were you aware that

Sound recording preservation institutions are having problems finding the necessary funding for their expensive work because they are not allowed to grant access to the material they’re trying to preserve. Access has become such an important demand that organisations unable to provide such access will simply not even bother to preserve the audio in the first place. In addition, private collectors are unwilling to hand over their collections to institutions out of fear that their collections will not be made available to the public. As one participant in the study said, “The preservation of music is meaningless if this music is not accessible.

When laws are not only overly restrictive but illogical, people tend not to take them seriously. Here’s a good point:

In the perception of the public, copyright law has a reputation for being overly restrictive,” the study notes, “This perception fosters a dismissive attitude toward the law in communities that can hardly be characterized as rogue elements of society.

I think it’s time I bit the bullet and informed myself of Australian vs US copyright law and find out how these laws apply to us in Australia. Any good resource recommendations are welcome.

What do you think about copyright laws?

A link to a previous post about copyright here.

If you think about people who are a constant and inspirational support in your professional life, you know that you are indebted to these people on a daily basis.

I’ve decided to feature an interview with Judith Way, a Victorian teacher librarian who has made a significant difference in the professional lives of teacher librarians and others, and whose unassuming, friendly nature has endeared many, both in Victoria and globally.

Judith’s blog, Bright Ideas, which she writes for the School Library Association of Victoria, is one of the first things I check daily because I know that she is on top of what’s happening in the world of education. Although she may not need an introduction since so many are connected to her through the blog, Twitter and OZTL-NET, to mention only a few platforms, I’ve included a short biography as an introduction to a recent interview I conducted with Judith.

Judith Way is a teacher-librarian with a Graduate Diploma of Children’s Literature and a Master of Arts. Recently she was recognised for her work with the Bright Ideas blog through the  2010 IASL/Softlink International Excellence Award .She has also been the recipient of the School Library Association of Victoria’s John Ward Award for outstanding contribution to teacher librarianship in 2007 and the SLAV Innovators Grant in 2009. She was awarded the Children’s Book Council of Australia Eleanor E. Robertson prize in 2003. She has presented at conferences locally and internationally. Judith writes the Bright Ideas blog for the School Library Association of Victoria.
How did you come to create and write the Bright Ideas blog?

Due to the success of the School Library Association of Victoria’s Web2.0 online program in 2008, there was a real momentum for more online resources for school libraries, and the idea that schools would showcase what they had developed to encourage others was a big part of that. I was honoured to be asked by SLAV to write the blog on their behalf. I had undertaken the ’23 things’ course through Yarra Plenty Regional Library in 2006.

What were your initial thoughts/feelings about the blog?

Excitement! What a fantastic opportunity to delve into the web 2.0 world and see what we could all make of it in school libraries.

Was it difficult to take the first steps in creating a blog identity and developing a readership?

The first thing was getting a body of work up on the blog. No-one is really going to read a blog with one or two posts on it, so building it up was vital. I then promoted it via the OZTL-NET listserv and down the track joined Twitter. That really developed the readership. Then I joined the ILearnTechnology blog alliance in January this year and that furthered readership again.

What were some of the difficulties you experienced along the way?

School library staff tend to be a modest bunch, so encouraging people that their web 2.0 efforts should be highlighted and shared with others was a challenge.

What were some of the highlights?

Getting lots of positive feedback from readers, especially in relation tothe school library examples that were shared.
Last year Bright Ideas also had the honour of being voted the “FirstRunner Up” in the Edublogs Awards for the ‘Best Library blog”. What a fantastic vote of confidence that was.
Notching up 200,000 hits earlier this year was also a terrific milestone and it was an unbelievable recognition to be awarded the 2010 IASL/Softlink International Excellence Award in September.

How is the role of the teacher librarian changing, if at all?

In one way it is changing dramatically. In another way, it isn’t changing at all. What do I mean by that? We are facing enormous changes in the way we present learning opportunities to students. Social media and eBooks have changed the landscape for many school libraries. But we still want to teach our students how to research well and to love reading- whatever the medium.

What would you say are the most important goals of the teacher librarian/ of educators in general in these times?

To remember the power you have to make a difference to the lives of your students. You have the ability to be a positive role model in terms of using information well, both content and morally. To teach students how to make a positive digital footprint and how to be cybersafe and cybersavvy. To pass on the love of reading. These are lessons they will carry throughout their lives.

Thanks, Judith, for your thoughts, and also for the untiring support you provide for teacher librarians and educators everywhere.